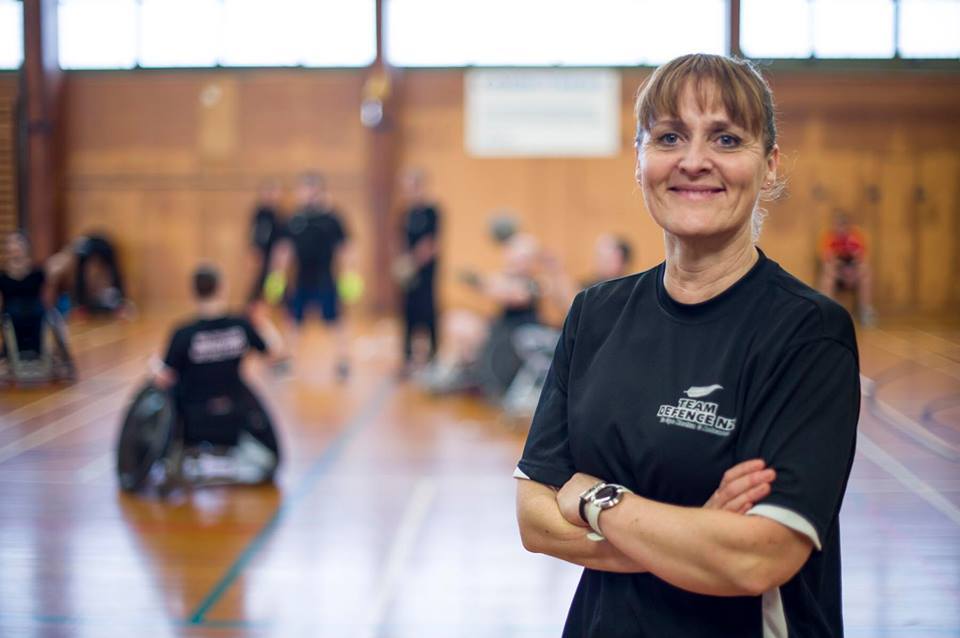 I’ve been working with Jules Gilligan since I first met her properly at the December Invictus Games training camp. I’ve been impressed with the progress she has made since then. I’ve seen plenty of positive changes in her. Performance wise she goes from strength to strength.  Over the last few weeks she continued to set PBs, physically she lost weight and toned up due to her training, but the biggest change I’ve noticed is with her self confidence and approach to everything. She truely epitomises what the Invictus Journey is all about.

Jules along with her team mate Nicki will be helping me write a daily report from the Team Concentration and our time together in Toronto at the Games. These will be published daily at 7pm (NZ time).

QK: The Invictus Games are a paralympic type sporting event that Prince Harry established for wounded, ill or injured service personnel and veterans. Although there are medals available the emphasis is on the rehabilitation journey that the athletes go through to get them to the games and beyond.

What is your service background and history?

JG: I’m Jules and I am currently serving in the Royal New Zealand Air Force (RNZAF) as a Learning and Development Officer. I love working for the NZ Defence Force and have completed just over 20 years with the RNZAF and three with the NZ Army, as a Territorial Soldier.

QK: What are the big challenges that you have overcome to get you to this point in your career and into the games?

JG: I believe that the biggest challenges in life are always the ones that feel insurmountable, at that time. Whether it be career or life, adapting to your current circumstances, I find, often takes a change of attitude, not circumstance. This has been particularly true since I was ill and injured, as I cannot change my circumstances. In belonging to the Invictus team, I am learning to adapt to my world. This is not only physically but also in viewing life differently. Training for the Games has helped me meet some of these challenges, and helped me focus on my “Why”.

As I got healthier, I was able to start training for my Operational Fitness Test. One of our Physical Training Instructors (PTI) adapted a training program for me that allowed me to adapt exercises to cater for my wrist injury and my very unfit state! He understood how to set my rehabilitation with just enough challenge, but within my ability. I was embarrassed to go to the gym as I was overweight and very unfit. But my PTI, Ru, encouraged me. It was that encouragement that kept me going. I then started to see changes, physically and mentally that helped me move forward and this in turn pushed me further.

There came a point where I could open my mind to “the next challenge” after I passed my fitness test. I had seen the Invictus Games being advertised before, but I found my circumstances very difficult to speak about, so I had not put my name forward to compete. I decided to go out of my comfort zone (actually way out of my comfort zone) and apply for the Invictus Games. Ru, my PTI didn’t laugh.  Actually nobody laughed and I found people encouraged and helped me at the gym. I joining the Invictus wider team and learned that there were many people like myself. There are lots of people on a similar journey, learning to adapt to their new “normal.

At the first training camp we were encouraged to try everything, so I did. I found some sports like discus and shotput very difficult, but others surprised me. I saw others with far more physical injuries doing things like rowing and lifting. I started to experiment with the rower by strapping my hand to it and found this actually wasn’t the challenge, but my physical endurance was. At first five minutes on the rower seemed like an eternity. Lifting was similar, at first I couldn’t lift the bar! Swimming was something I had always wanted to learn, as I had only learnt enough to make myself safe while sailing. But then we got our coaches. Coach Ray didn’t cringe when he saw what I loosely called swimming. He said he had actually seen worse. I think he was being pretty kind. What I was doing had not many faults, but all of them. It was truly awful and I was quite afraid of keeping my face in the water. He started by concentrating on one thing at a time and I started to trust him. I knew he knew what he was doing, but I wasn’t sure anyone could teach me, as no one previously has managed it and I’m about to turn 52 next month!

In the last few weeks our base pool has been closed for refurbishment, so we have been going to the Stadium. I have been told by others that what I am doing now looks like swimming and I feel like a swimmer for the first time ever. Coach Ray has spent many lunch times training me and never gave up. In the last ten months I have finally learnt to swim. It has been hard to learn, but has been one of the most satisfying things I have ever done.

QK: Have you been to the games previously? What events are you competing in at the 2017 Games? What most excites you about being in Toronto for the games? What are you most anxious or apprehensive about for the games?

JG: I am about to go to the Toronto Invictus Games. I can’t really believe it and it still seems very surreal. I will be competing in power lifting, rowing and swimming. I have not previously competed, even nationally, so the Invictus Games are a huge leap forward.

I don’t really know what excites me about this the most. To represent the Defence Force is a huge honour. To be chosen for the team was unbelievable, particularly when I look back at where I was both physically and mentally just over a year ago. To then be selected to be the team Vice Captain, well this year has been so full of things I had not expected in life or ever dreamed of. I think I am most apprehensive about being able to do my best on the day. There has been a lot of training, a lot of days I thought I couldn’t push my body any harder and conversely huge victories. I have already achieved so much in a short year.  Things I never expected and I am so much better for it. I don’t have any expectations but to push hard, compete and do my best.

QK: You have no doubt got a wealth of supportive family, friends and work colleagues. Are there any in particular that you would like to acknowledge for their support and assistance?

JG: I have been truly amazed by how much support I have received. My biggest supporters, other than my coaches, are my family, particularly my husband. He is a patient and ever loving man. Our lounge now has a rower, weights and a treadmill in it. He has not just supported me entirely throughout this journey, but for many years since I was ill and injured. He has constantly supported and encouraged, cooked when I am too tired, and not complained when I go to sleep early after a hard training day. I couldn’t ask for anything more. My cup actually does run over.

QK: What is a quote that keeps you motivated and inspired to achieve?

JG: I am not much for quotes but have found a couple throughout my training that have inspired me. I found this quote recently and I believe it is the essence of who the Invictus team is and their fighting spirit.

Vince Lombardi said, “The measure of how we are, is what we do, with what we have”.

QK: I can’t wait to catch up with you in Auckland for the team concentration before we depart to Canada. I’m really excited to be there with you guiding you through the competition period.

All photos courtesy of the New Zealand Defence Force 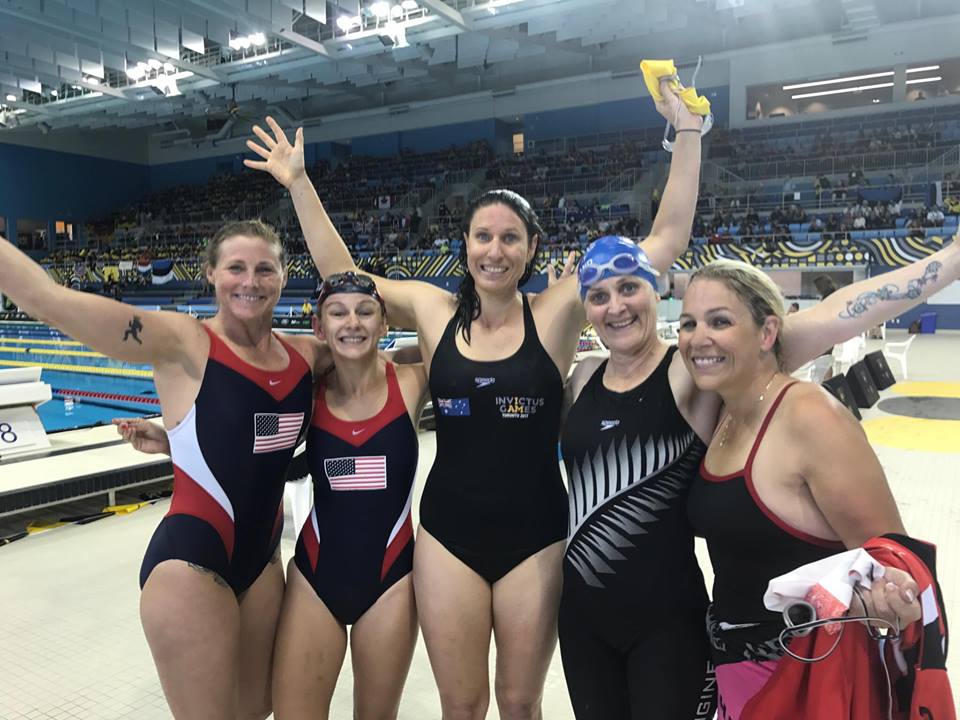 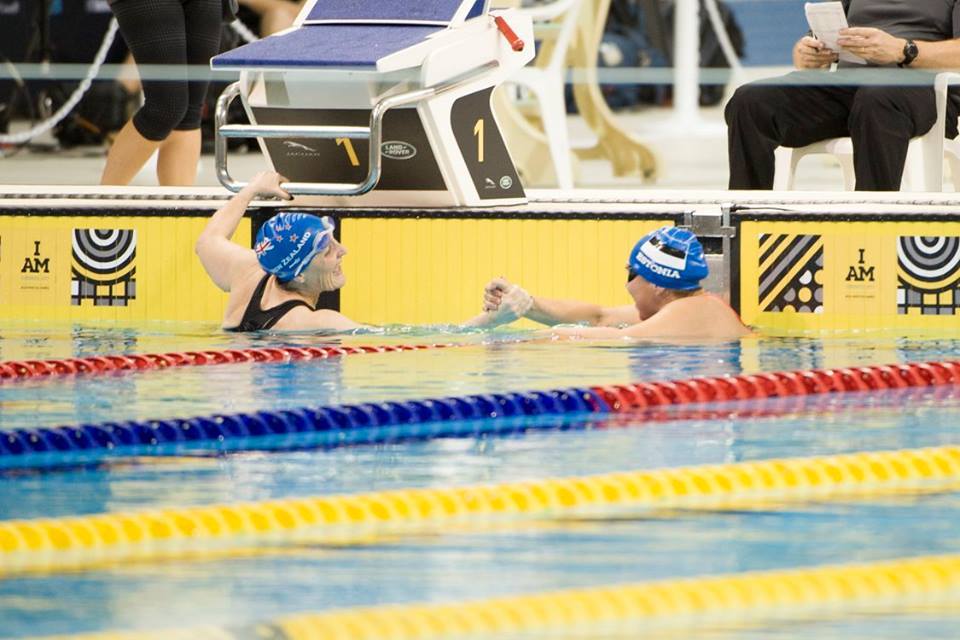