On 20 February 2016 I was stoked to improve on my previous Challenge Wanaka result.  That’s all that mattered to me.  In doing so, I (unexpectedly) won my 60 – 69 age group.  All age group winners are offered a free slot in the next Challenge Roth event.  Those who took the offer would also be offered a home stay.  The last thing on my mind in the finishers tent at Wanaka was travelling to Roth.  The logistics were too much to take in at that time.

Back home in Masterton there was more time to think.  Sometimes that is not a good thing for me as I can overthink things.  No decision was made, however Coach Ray scheduled my training as though I was going to build up to another iron distance in July.

In my mind I needed to justify any travel to Roth.  It was more than just “believing in myself”.

Challenge sent me an email seeking confirmation that I would accept the entry.  I knew it was an opportunity not to be missed, so I accepted despite still feeling conflicted.

March, April and May rolled by before I booked flights.  I had a brilliant idea of checking the previous two years results to see what the last finishers times were.  It was like a weight off my shoulders to see that in both years there were about 25 women listed who finished between 15 hours and just over 17 hours.

That was a turning point for me.  From then I felt confident and positive that I could make the 2016 finishers list.

Contact was made with a host family with whom we were to stay with from the Wednesday before the event until the Tuesday after.

Now I could concentrate on the training.  I’m sure Coach Ray was relieved.  Team Sean were supportive and gave John who was to be their representative in Germany some training notes along with supportive messages to be used on the day.   Team Sean has grown somewhat and now includes some German nationals

So it was time to pack up the bike bag and head to Wellington Airport (see earlier post Leaving on a Jetplane).

UltraHumps: A Trip Down Memory Lane 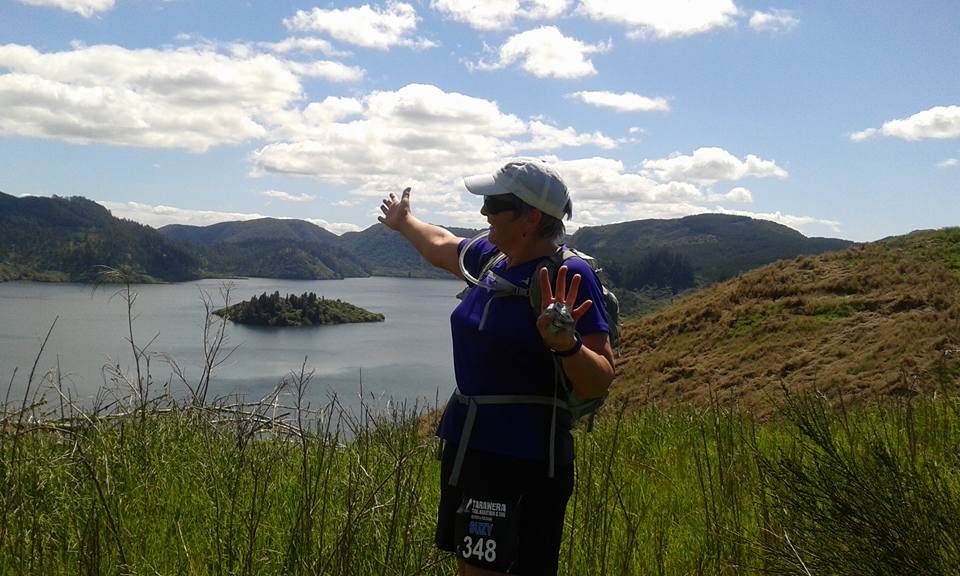 The Tarawera 50km Off Road Race

TUM Miler – The Story of the Fat Wood Pigeon