Cycle check in for Challenge Roth

We headed off after lunch.  We actually timed it well because there were crowds coming in as we were leaving.

Christoph parked in a supermarket (pictured below) car park and we walked from there.  John carried out his #teamsean duties at the top level taking care of my bike, leaving me to carry the run clothing bag and camera.  Christoph would move the car and then catch us up.

There were quite a few people about, but this was quiet compared to later in the afternoon and of course race day.

There was so much going on. I tried to capture as much as I could on my camera so I could reflect back later on.

We joined a queue which curved around to the bridge.  At that point in time we didn’t realise how long it was.  It went under the bridge right around to the Transition 1 entrance near the swim start.  I had lost my bearings a bit but now I can work it out !

The queue behind us grew longer and longer.

The heat was quite intense and I snuck into the shade while John queued for me. Some kids were playing under the bridge.

At this point Christoph joined us.  He said that the queue from around the other side of the bridge was much shorter so we left this queue to join the other.

Now it was time for me to hand over the camera and line up for my bike check.  The number of male athletes outnumbered the female by at least 4:1.  I had cleaned all the debris left behind on my helmet by previous race stickers and got it looking shiny and new looking.  The bike checker got me to remove it and scrutinised the inside.  PASS yay.

One guy near me had a knitted toy tucked in on his tri bars.  I pointed it out to John to get a photo.

And the queue grew.  John said one guy’s helmet failed the check due to a crack in it.  He displayed agitation when he went away and came back with 3 helmets !  Another one had a flash orange aero helmet with no sticker on it.  He was adamant that he wasn’t having a sticker on it.  No sticker = no race.  The organisers had blank stickers and wrote his number on one and stuck it on the front much to the athlete’s disgust.  Another had the sticker in the wrong place so again his number was written on a blank sticker and placed in the correct spot.  Rules are rules.  I might stretch them sometimes, but I would never jeopardise my privilege to be on the start line.

The potential value of all the bikes is mind boggling.

Once inside the bike area, I easily found where to place my bike.  I then proceeded to check the area out.  Next I got John to give the camera back so I could get some “inside” images.  I absolutely love their bike racking system.  So easy.  Bikes do not get tangled.

There were no individual numbers on the wooden sections.  I asked someone exactly where could I place my bike and was told anywhere.  On that basis I racked it on the outside so I could easily spot it on race day.  However I did make a mental note to be prepared for it to perhaps be moved.

One thing that I was not clear about was whether we could access transition on race morning before the swim.  I planned for the possibility that I would not be able to.  So my tyres were inflated to the correct psi, nutrition including fluid was on the bike ready.

Helmets were NOT ALLOWED TO BE REMOVED FROM TRANSITION and people who had a bag with them when they left transition after racking their bike had their bags checked.

Athlete numbers had swelled enormously  by the time I had finished in the bike transition.  The weather was hot and humid.  We were glad to be done and dusted and on our way home.  We were immensely grateful to our host, Christoph, for transporting us.  I am certain it saved us a lot of time and potential stress. #teamsean recruit, John, did a sterling job too.  I felt calm, sorted and definitely in control, which will make #teamsean headman, Sean McBride, laugh.

Traffic for miles as we walk over the bridge back to our car.

View from the car on our way home.  Cycle helmets are not compulsory  in Germany but our host said you are an idiot of you do not wear one.  They are compulsory for Challenge Roth.

I was not fast enough with the camera, as on our way home I spotted a cyclist standing road side with his bike (helmet on) and his body looked like it was convulsing heavily.  I have never seen anything like it.  I then noticed he was yelling into a cell phone.  He did not look like a happy chappy.

So that was my bike registration experience.  Very amazing and exciting.

Once home, I sorted my red bag with my cycle shoes, my green bag with my “after the event” stuff and my wetsuit goggles etc.  Our wonderful hosts, Christoph and Marle, organised a delicious barbecue and invited their neighbours, Steffen and Anke to join us.  They would all be out on the course to support me the next day.

Christoph mentioned to me during our meal that I HAD NOT attended the race briefing.  OMG I hadn’t either.  Earlier he had said it was not important for me as I had a good understanding of the rules from reading the manual, which I did.  The briefing was in English at 4pm and would have disrupted my late afternoon rest which did me more good.  He teased me about missing it and we had a good laugh over it.

The carbo party and post race breakfast were other things I did not attend and know this was a good choice.

Roll on race day.  I was so looking forward to it.

Swim Practice in the Main-Donau-Canal 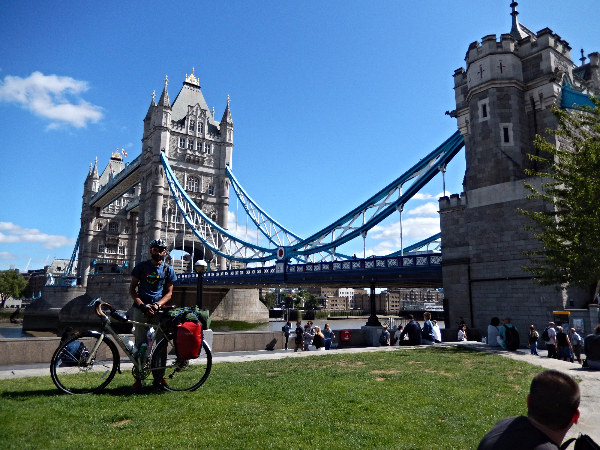 Kepler Challenge – What an Adventure