Welcome to Blog #31 as I enter the final week before the start of the ‘2’ within the 3+2+1=Charity, the ‘2’ being ‘2’ full Ironman distance events two weeks apart.  The first is Challenge Wanaka on 18 February 2017 followed by Ironman New Zealand in Taupo on 4 March 2017.  If anyone is in either of these locations, come along and support me.  Trust me, spectators have a blast of a day and are often quoted as saying “it is just as tiring being out there all day”.  Bring yourself a foldout chair, chilly bin and if necessary a sober driver.

This weeks training has had me tend to three medical episodes, which I came across when training on my bike.  The first was at the end of what Coach Ray calls the Kitchen Sink.  When you read it on the training programme your heart sinks lol.  With only a few minutes to go in the 5+ hours of cycling at various training levels, I came across an elderly guy who was holding himself up against a wall and shaking.  So I stopped as I don’t think motorists saw him.  He clearly needed medical assistance so it was reassuring when others arrived and took care of him.

I then finished the Kitchen Sink activity.  The second was a simple trip by a runner who managed a perfect forward roll to avoid his face coming off second best.  I checked he was OK.  It was more embarrassment for him than anything.

The third medical episode occurred when Coach Ray had me doing hill reps.  I use Blue Mountains Hill Road at the Silverstream end for these.  Those who know this hill incline will understand just what a good workout it is.  No sooner had I completed the first rep, a car went over the bank and down to the bottom.  I must have just missed it.  It could have had dire consequences if I was

on that part or side of the road at the wrong time.  When emergency services turned up I was directed to train higher up the hill (bugger),  in order to keep out of their way.  The fireman at the top end of the accident site directing traffic with Police was watching me disappear up the hill and return again and started timing me on his stopwatch as I was repeating the hill reps.  They say it goes in 3’s of which I certainly had 3 medical observations in this weeks training.

As I leave the photos of Ultraman Australia, I thought I’ll finish those ones before displaying other photos of the inspirational athlete Andre Kajlich.  Andre who lost his legs in an accident came 11th overall in Ultraman Australia 2016.  He was an inspiration in all disciplines. I only caught him on Day 2.  He came in only 7 minutes after me.  By then we had completed the 10 km Ocean Swim and 140 Km Cycle on day 1, followed by the 280 km cycle on Day 2.  He left me in the dust again on Day 3 as he did the double marathon in his wheelchair.  There was no stopping this guy and all athletes, all support crews, all race officials and everyone in the public who saw him were in awe.  The last photo is of particular interest where he had to push his wheelchair through about a kilometre of sand, maybe more, maybe less, but certainly far enough that when I was struggling on the sand at the end of the double marathon of 84 kms, I knew I had no right to complain.  Photo’s courtesy of Barry Alsop of Eyes Wide Open Images, Official Photographer for Ultraman Australia.

If you wish to donate to my charity of the Children of the Fallen Heroes, which is what the 3+2+1=Charity is all about, then please use the enclosed link.  100% of the funds raised goes to the cause.  I am paying all other expenses myself.

If you missed last weeks episode: 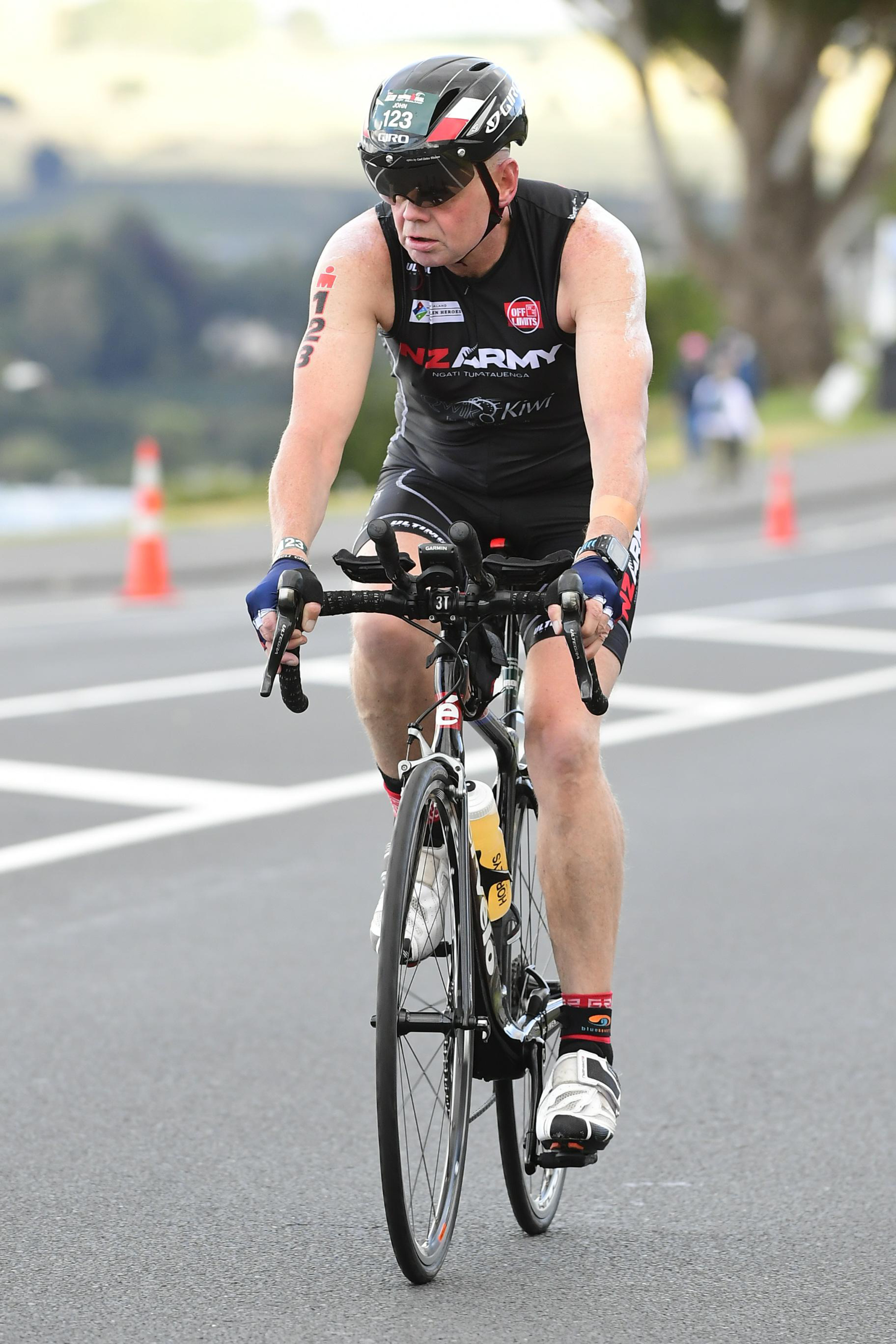 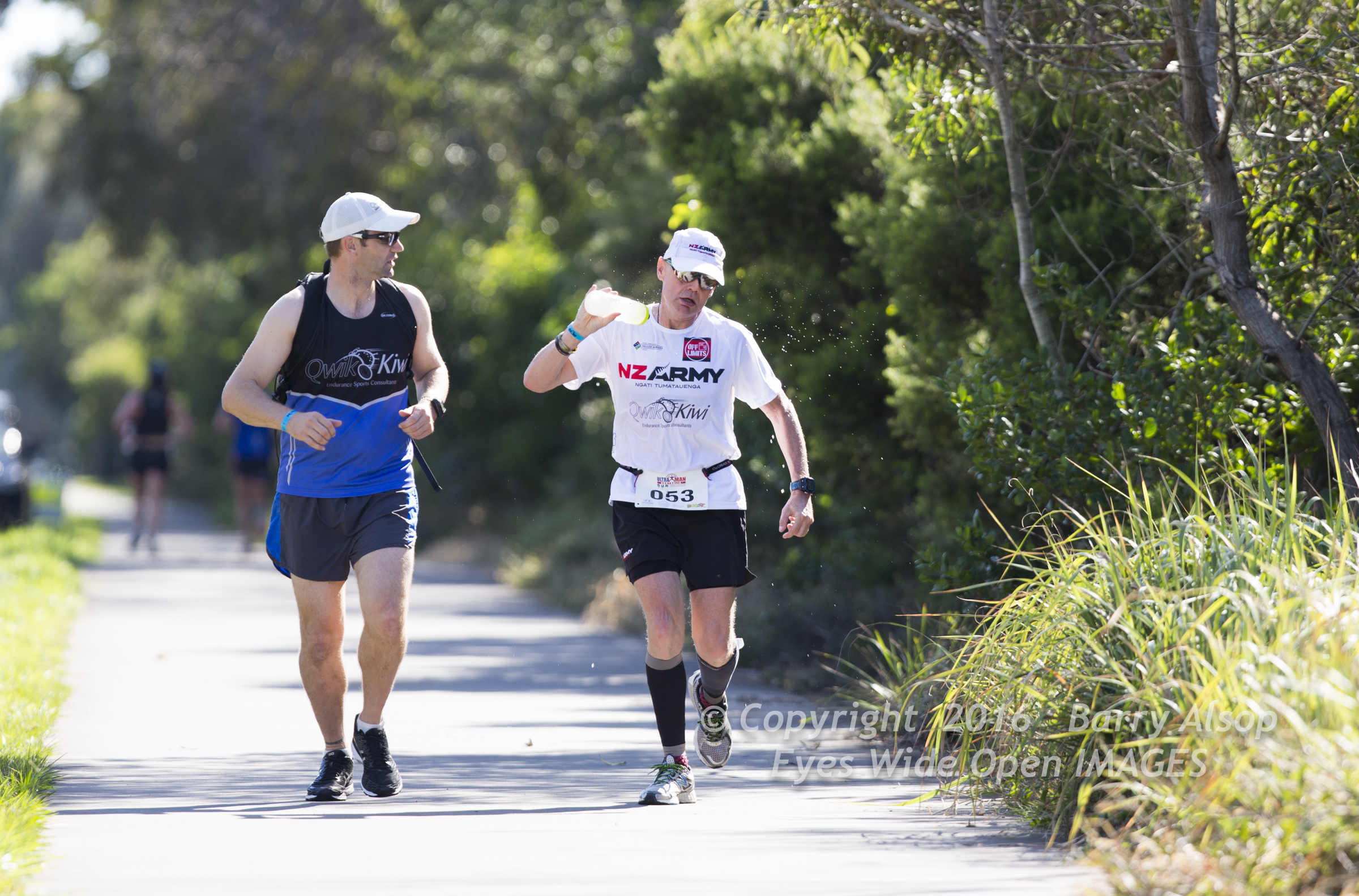 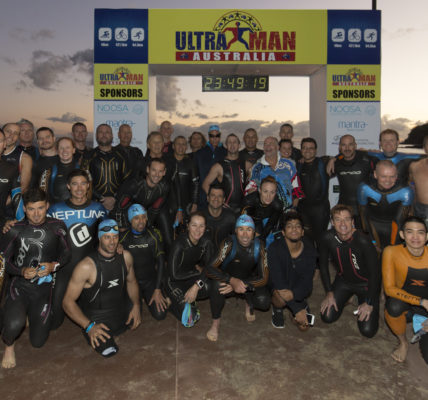 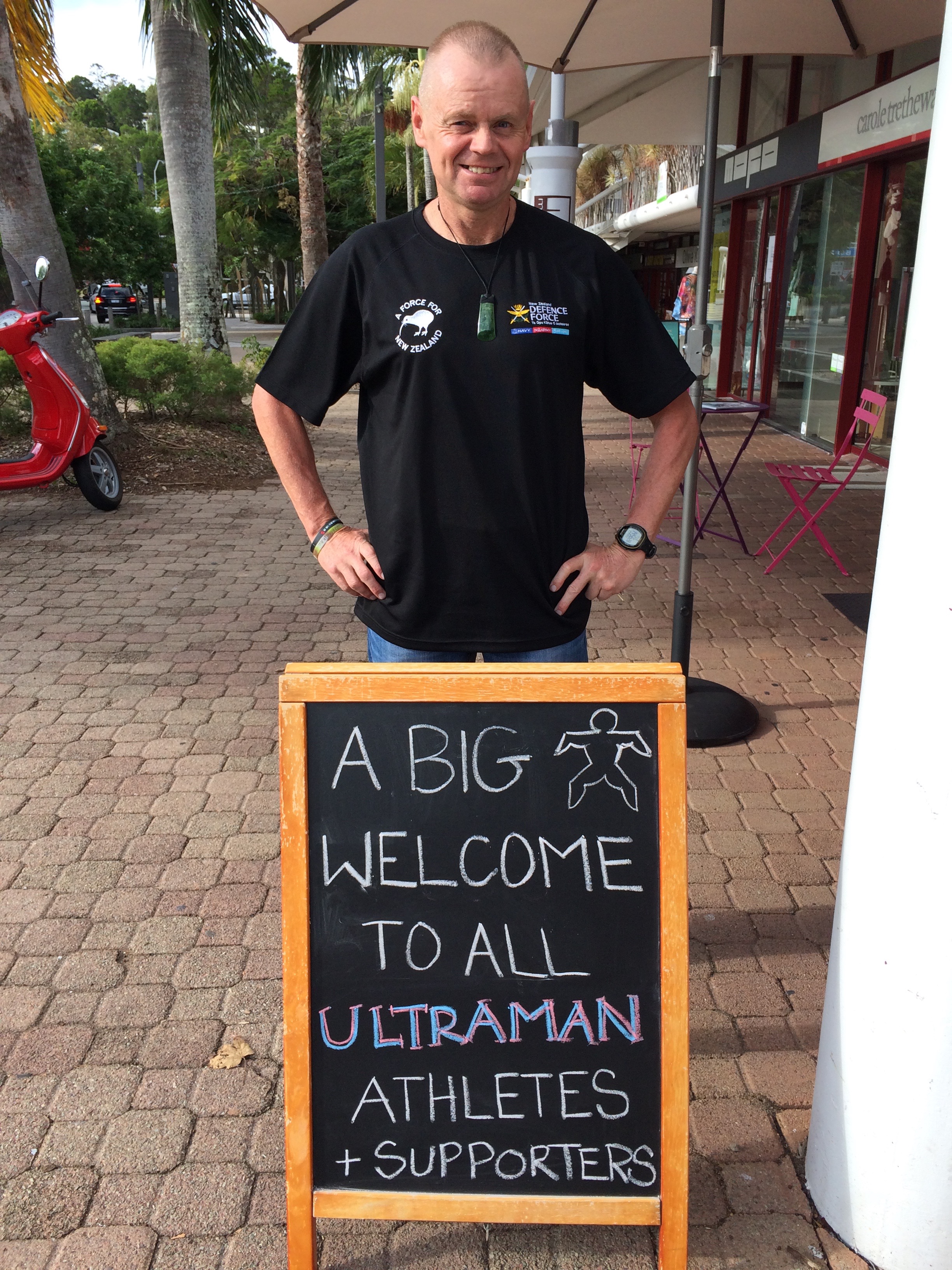