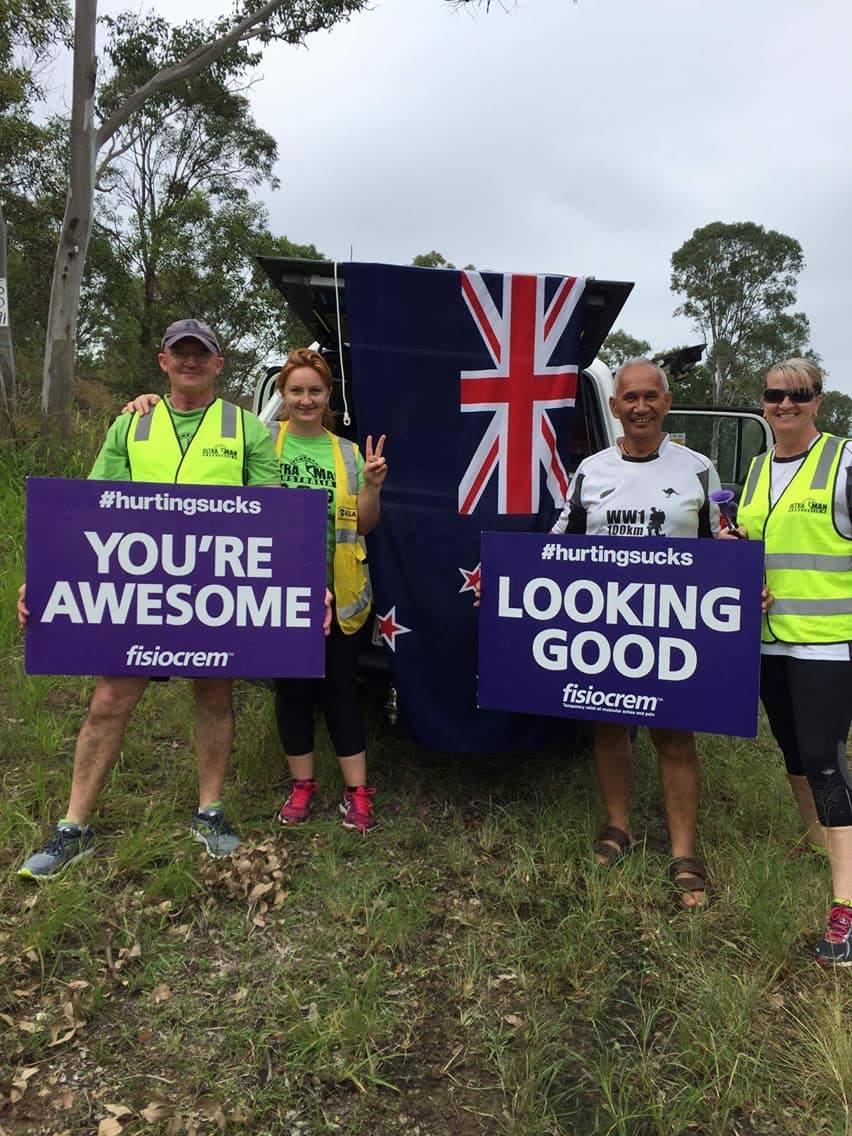 Welcome to the adventures of Day 2 in Ultraman Australia.  Just as I recall from last year, it’s a brutal course with hill after hill.  On many I was down to my lowest gear and on occasions I had to stand to get the pedals to turn over.  So how did it go on Day 2?  Read on.

Once again it was an 0400 hours start for the team ensure we got breakfast in and to allow time to let it settle before I hit the bike.  We arrived to check in at 0500 hours where I left Derrick McMillan to take care of business with sorting my bike and equipment.  This included pumping the tyres, etc.  I disappeared to check-in then armed with my bike I walked to the start line.

We were seeded based on our finishing times from Day 1.  I made the silliest mistake ever by forgetting to charge my Garmin on the bike after yesterday’s cycle.  As such it was running all night as I hadn’t tuned it off before my bike was taken from me at yesterday’s finish line.  Once the countdown started I turned on my Garmin that is mounted on my bike and it flat lined.  (I can just see Coach Ray rolling his eyes back).

I used my wrist Garmin which I primarily use to monitor my heart rate and distance and switched it to the stopwatch so I could monitor my time of drinking every 10 minutes and eating every 30 minutes.

At 0530 hours we were escorted out of Noosa township by a couple of official vehicles, as we were off for a grueling 280 kms.  Unlike last year our support crews weren’t allowed with us for the first part which was almost 2 hours of cycling, as there is no shoulder to park on which makes it more dangerous for all of us.  I was prepared with full water bottles and bananas in my cycle top back pockets to get through until I finished the loop and saw them.

I came across the first accident of the day and second major one out on the cycle courses.  Yesterday a cyclist was withdrawn after a head injury that saw the athlete receiving a number of stitches.  Today it was a few broken bones.  I understand that there was also a couple of atheletes withdrawn during the yesterday’s swim.

The first six hours on the bike went relatively well.  By the seventh hour I was struggling a bit as I was eating every time my support crew saw me which was every 10 minutes.  It was a simple mix-up where I thought they were telling me I needed to eat, but they were asking me if I needed to eat.  Eventually I said we need to stick to the 30 minute plan as I’m starting to feel unwell.  Once I let the food settle, as I continued to cycle, I started to feel better.   I then followed my Garmin and only took food every 30 minutes.  The whole time I had been drinking every 10 minutes which worked well.

I had a few stops on the way.  The first to get my cycle glasses as they were tinted so were not much use for the first couple of hours.  At the same time the crew took my bike Garmin and recharged it on-board in the crew vehicle.  I needed a couple of toilet stops due to the amount of fluid I was drinking.  At the second one the crew returned my Garmin to my bike mount so I could focus on that one along with my wrist Garmin.  I did stop briefly with about 20 kms to go and took my feet out of my cycle shoes as my toes were killing me with my feet swelling with so much pedal action.  Simon Pohatu had the undesirable task of massaging my toes.  The relief was instant, then I got going again.

My support crew were pleased how the whole day went and I came in at 10 hours and 22 minutes for the 280 kms.  I believe this was about half an hour faster than last year.

At the finish line I was taken straight to the medical tent.  The Doc did the blood test for sugar intake which was slightly high (no kidding), followed by heart rate, blood pressure then I hopped onto the scales.  The Doc was stoked. I had only lost 1kg on Day 1 (I lost 5kg last year).  At the end of the 280 kms I had put the 1 kg back on plus a 1/3rd, so we were ahead of the game as far as depletion of the body goes.  The ice bath was another killer, followed by the massage where the masseuse dug into where all the aches and pains were.

Stay tuned team for the Day 3 blog of how the double marathon of running 84+ kms goes tomorrow.

If you wish to donate to UltraHumps charity of the Children of the Fallen Heroes, which is what the 3+2+1=Charity is all about, then please use the enclosed link.   100% of the funds raised goes to the cause.  UltraHumps is paying all other expenses himself.  https://givealittle.co.nz/cause/ultrahumps

From NZ To Oz For Ultraman Australia 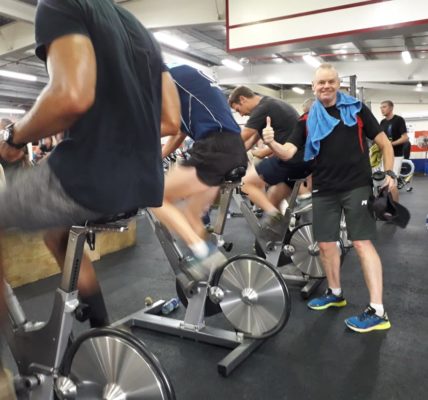 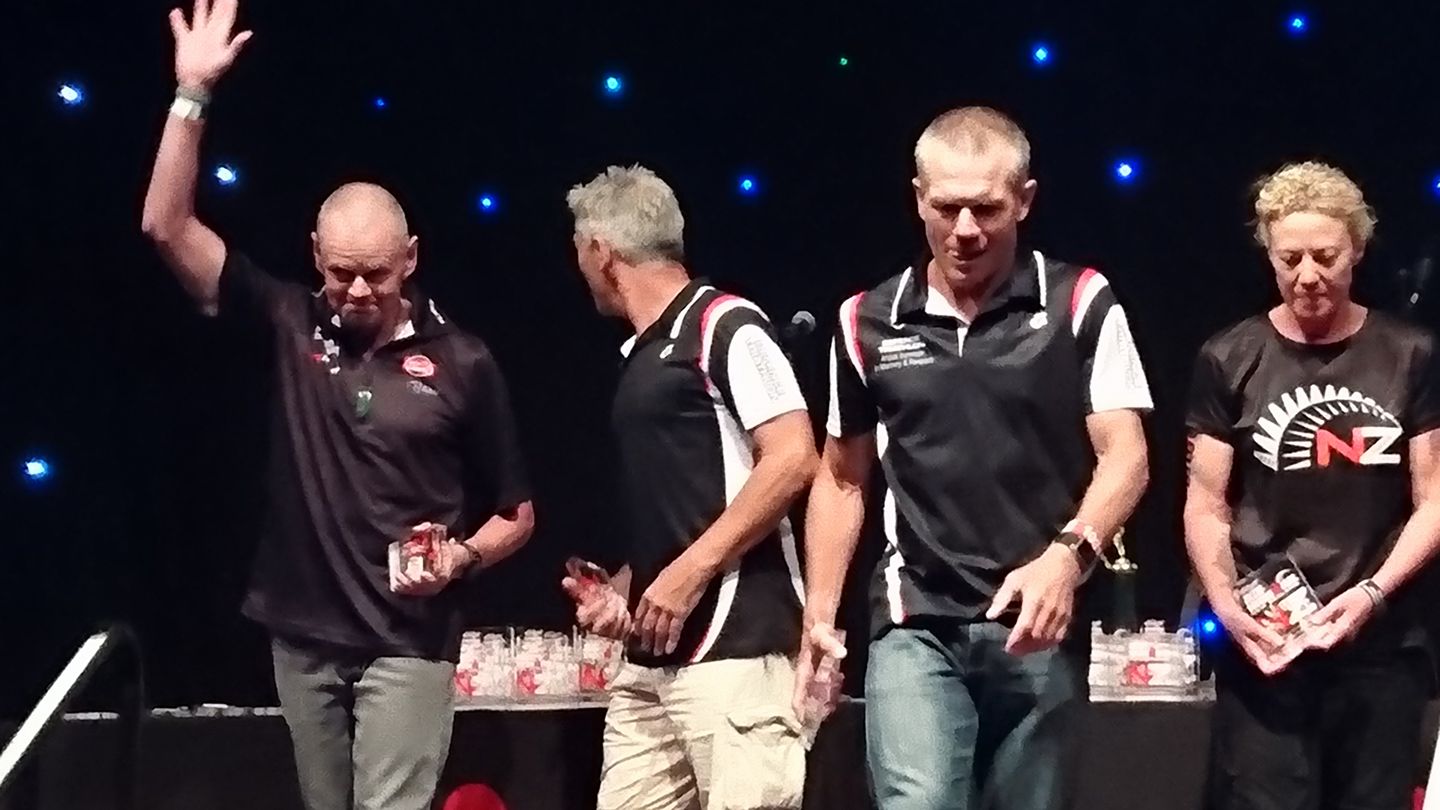