Hello team and welcome to my blog. Before I write about future plans for myself with Coach Ray I have chosen to write a few blogs with a difference. Last week I wrote about “Can Ya Do An Ironman“. This week I will refer to a period where I completely lost focus and without even being a client, Coach Ray got me to a finish line when stumbling across me at an Ironman event.

I was overseas with work for a couple of years and training in an environment where I had a small swimming pool (17 metres I think, as I couldn’t swim in the ocean because of crocodiles), had an old crapped out exercycle as the roads would damage vehicles let alone push bikes; and I even got chased by wild monkeys when running, which was a rabies shot waiting to happen if they caught me. That was the least of my unhelpful preparation for my third Ironman. The biggest hindrance was I fell off the wagon and enjoyed socialising to the extreme. You can imagine how this preparation turned out and man did I pay for it at Ironman NZ 2014.

I returned to New Zealand and was on the start line having been interviewed a couple of days before by TV One Sports News as someone training for an Ironman with limited equipment. I had overheard people at the lake front who were competing saying, “Did you see that crazy guy on the Sports News the other night. Man is he in for a hard day with what training he had available”. The training wasn’t going to be the problem, it was the focus on partying that was going to catch me out. Sure I did all the training as I was still self-coaching, but I turned into that cocky little shit, thinking, “Ah, I’ve got a couple of these Ironman under my belt, I know what I’m doing” as I would down another beer at a social setting. My thought process was who else can go party til almost midnight and get up at 5 AM and whack out 50 kilometres on an exercycle to sweat it all out in the humid temperatures I was in. In fact when TV One Sports News interviewed me and filmed me running down the road back in New Zealand a few days before the screening of Ironman week, little did they know I had a massive hangover.

So how did this go? I got through the 3.8 km swim with relative ease, but as the 180 km cycle unfolded so did I. I was wearing winter running socks in my cycling shoes which were making my feet firm in the cycling shoes as I started on the bike. As we know once you heat up you sweat and swell. By the time I got to the 70 km mark my feet were killing me. I remember looking at the speedo and thinking bugger, another 110 kilometres to go as I undid the velcro to try and loosen my feet. In hindsight I should have stopped and ditched the socks, but I just wanted to keep the wheels turning to get the bike leg out of the way. I eventually arrived back in Taupo after the 2 laps that made up the 180 kms and handed my bike over to run into the transition tent. I told the Volunteer that was taking the bikes “Throw the damn thing in the lake. I’m over it”. Another Volunteer in Transition had to help me put on my running shoes. I was that stuffed and in a world of pain and knew that whilst I had trained, it was wasted training with being an idiot. She pulled me out of the chair and said, “You’ve only got a marathon to go”. I gave her a look that cut her in half, but then gave her a hug and stumbled out of the tent in an attempt to run with legs that said to me, “Sod you”. After 180 kms on the bike it normally takes me over 10 minutes to get my running legs. It took almost 40 kilometres of shuffling and they only came right in the last couple of kilometres.

Ray Boardman (Qwik Kiwi) spotted me as I was wearing an Army Tri-Suit. We knew each other through work, but more in a passing hello. He wasn’t competing as an athlete, but he was on the course as a Coach. He took care of his final athletes making sure they got across the finish line, then came back to encourage me. I was in a world of pain and he knew it. He stayed with me giving me words of encouragement then would drive to the next spot and be waiting for me as I shuffled up the road. I was blaming no one but myself and I was paying for it. I got to the finish line and whilst I probably would of still got there, I will never forget the comradeship or support that Coach Ray from Qwik Kiwi gave me. He didn’t have to. He was there in a coaching role for his athletes, but as soon as his athletes had finished for the day, he turned to a friend in need and helped me.

Later that night, Mel whom I hadn’t been seeing for that long and this was the first Ironman I had taken her to, found me collapsed and vomiting in the shower. When she asked why I didn’t pull out I said, “No way was I going to miss out on the free finishers tee shirt and towel”. She said, “Ya need to go out with a nurse not a cop”.

It didn’t take me long to realise I had fallen off the wagon and needed to get back on it and sort myself out, perhaps find a Coach. I knew I didn’t have far to look and once back overseas I made contact with Coach Ray and found out about Qwik Kiwi. In my mind (and it’s something I will never forget) if Ray could stay on the course and look after me and I wasn’t even one of his athletes, then this is the guy I want as a Coach. I will look nowhere else.

Stay tuned team as next week’s blog will describe the event I found by chance, telling Coach Ray I want to hire him and this is my goal, how did it go for Coach Ray from Qwik Kiwi and myself. Enjoy the blog!

Humps will be writing weekly as he continues his journey raising funds for the Fallen Hero’s Trust. 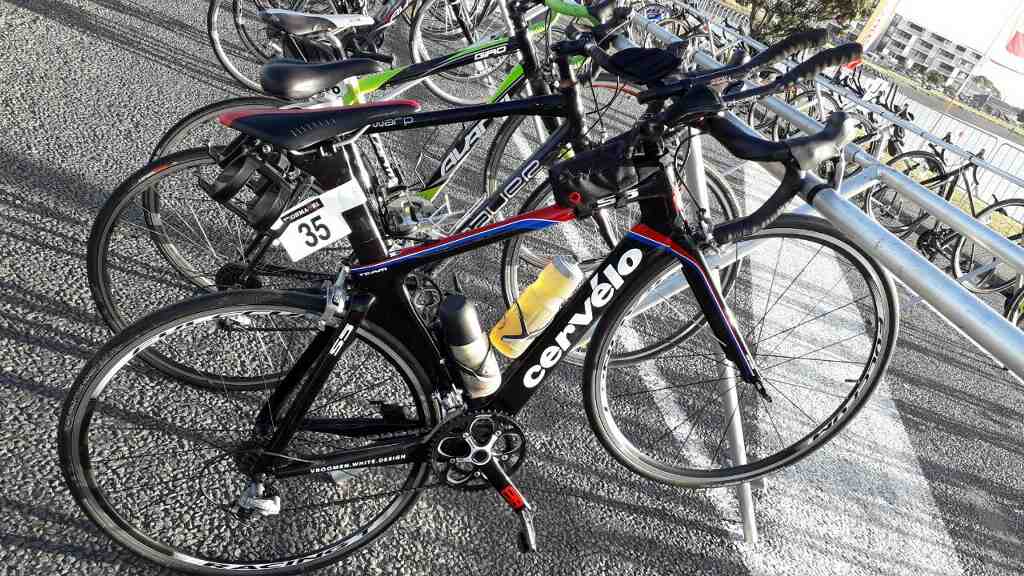 UltraHumps: Time for Some Recovery 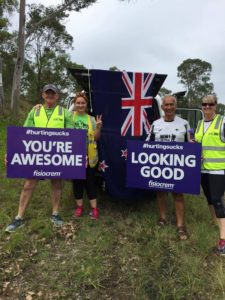 UltraHumps: Overcoming The Bad Habits Of Demons And Winning! 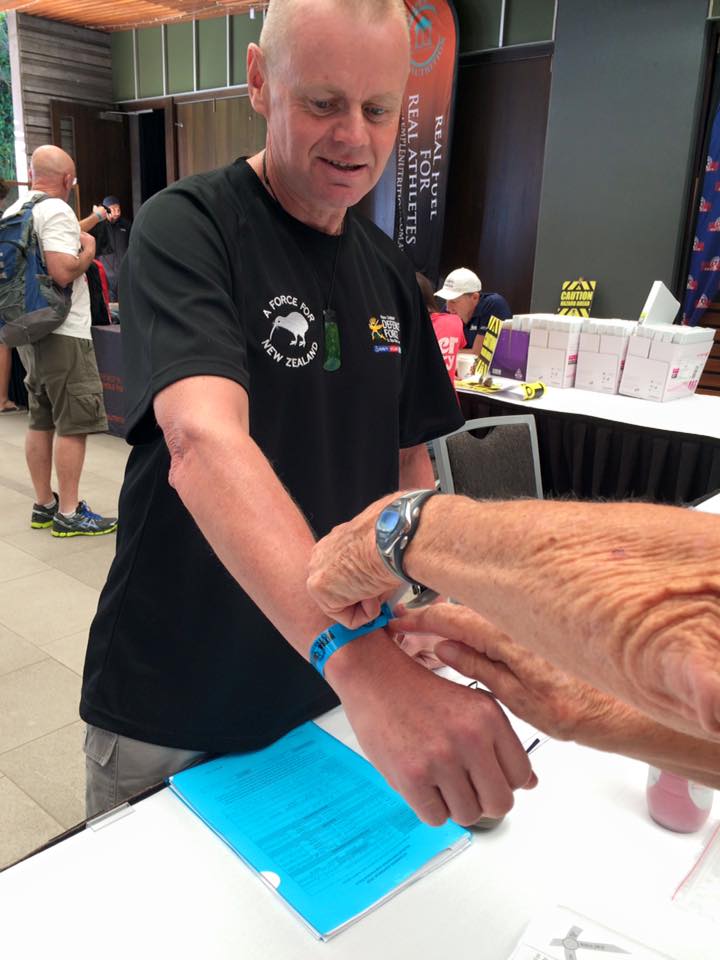 Day 3 – Preparation for Ultraman Australia in location of Noosa