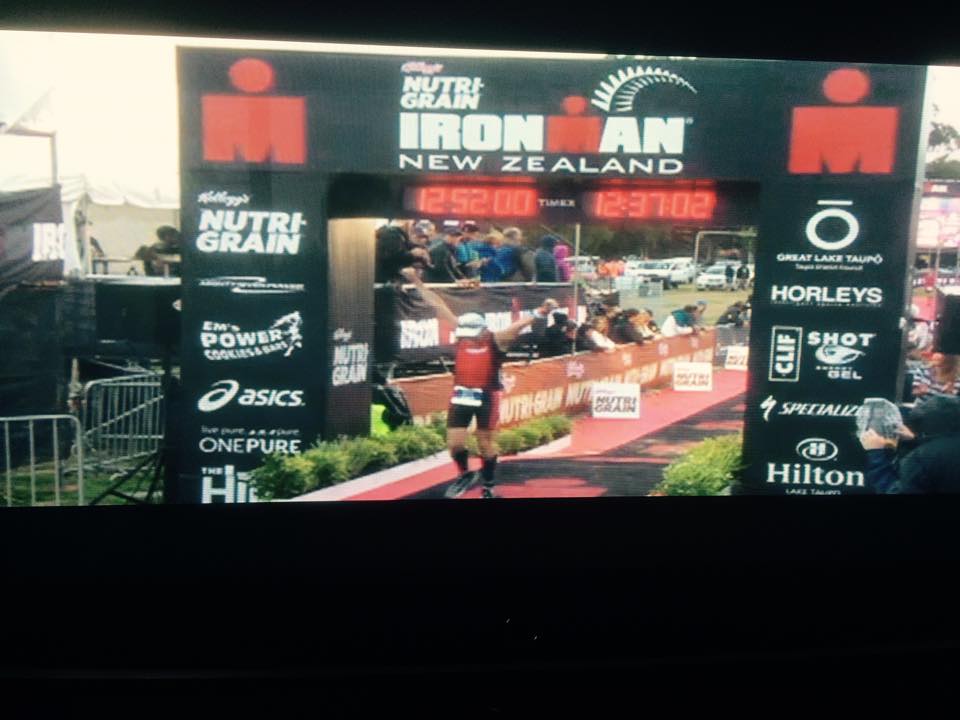 Firstly, Ray Boardman hasn’t asked me for an article on how my first Ironman went under his guidance as a Client / Coach.  However, I wanted to write an article to acknowledge the results he gets, most likely results not just for myself but for all his clients that he gives 100% commitment too.

In a previous article for Ray’s Qwik Kiwi newsletter, I wrote about my attendance in the Port of Tauranga Half Ironman event in January 2015 and also mentioned having completed three previous Ironman events, where I completely self-coached.  My results said as much and indicated why I actively sought out Ray Boardman as my Coach.

To refresh memories, this was not just because I knew Ray as an Army Physical Training Instructor, but primarily due to the fact I was struggling during the 2014 NZ Ironman and Ray stayed on the course to watch out for me.  This was commitment he wasn’t obliged to give simply because we served in the New Zealand Army together and he had no idea that I would soon seek him out as my Coach, but I was impressed that he showed constant commitment to not only his clients, but at the same time he was checking on a colleague to ensure I was alright and providing motivation to get me to the finish line.

After the 2014 Ironman I had returned back to Timor-Leste to carry on my military duties as an Advisor to the Timorese Defence Force (F-FDTL).  Whilst my non-Ironman friends were pleased with my achievement of that ‘damn’ finish line, I was quietly disappointed.  After a couple of weeks of consideration, it was time to decide what was important to me.  Ironman had changed my life… for the better!  I knew it was time to take the sport seriously, stop thinking I can train and socialise like there is no tomorrow, but to also consider what I always knew, and that is: ‘Ironman is demanding and can be gruelling and as such it deserves respect’.  It was time to get a Coach and to change my lifestyle and I knew I wanted Ray Boardman.

At the start of April 2014, I contacted Ray and asked him to be my Coach and provided my history of events with results.  With being in Timor-Leste, it was always going to be problematic with limited training resources such as a small swimming pool (too many crocodiles for my liking in the sea), plus I would use an Exercycle due to the state of the roads and the driving abilities of the local Timorese population.  As such, we mutually agreed our first endurance activity would be the Port of Tauranga Half Ironman in January 2015, as I was due to be posted back to New Zealand from Timor-Leste permanently at some stage in December 2014.  We selected a start date for a Client / Coach relationship of July 2014, in order to have six months training for the Port of Tauranga Half Ironman.  I emailed my training regime to Ray for him to consider in the interim, which I am sure he must have fallen off his chair laughing at, but in good humour he took me back to a start point and slowly built up my training.  The aim was the 2015 Port of Tauranga Half Ironman… the goal was Ironman NZ 2015.

For major events Ray travels to watch his clients and provide support on the day.  He already gave me a heads up that due to other commitments he regrettably would not be able to make it to Ironman NZ, but I knew that he would be watching on-line when able.  Ray rang me during Ironman week with final points and reassurance that all the training will full into place on the day.

I entered the water and found the spot that I always start from, which is by the float planes to stay away from the washing machine effect of the other 1200+ entrants, knowing that some would have chosen their incorrect start point and I would swim through the field.  The swim is my weakest discipline, but I had a good swim on the day and then off to transition for the bike.  The bike went well for the first lap out to Reparoa and back to Taupo.  There was an annoying head wind on the second lap out to Reparoa, which made it a pleasant ride for the return leg to finish off the 180 km’s.  However near the Speedway the wind changed again to a side wind, but not too much drama.

I thought the run would be problematic, as for a majority of the training in 2014, Ray had to modify my run training to either walking or run / walk training due to a reoccurring calf strain, something that I certainly felt with sore legs when running off the bike during the Port of Tauranga Half Ironman.   With Ray’s guidance I had been having no calf injuries since before the Port of Tauranga Half Ironman and with Ray stepping up my running, particularly off the bike, it worked a treat.  I only walked at the Aid Stations focusing on the first table leg to the last table leg as my walking points, but also to treat those little walk opportunities as a reward to myself (running and attempting to drink is disastrous for me).

Then comes the finish line… it is great.  It’s something that can be emotional for some and screams of joy for others.  In my case I punched the air and had a smile that no one could take away from me.  Once I was awarded my Finishers Medal and towel, had cleared Medical and received my free T-Shirt, the first thing I did was ring Ray followed by my girlfriend (oops).  I said to Ray, “We did it.  We knocked exactly two hours off”.  I could tell he was as joyous as I was.  For Ironman NZ 2014, I clocked in at 14 hours and 37 minutes, this time for Ironman NZ 2015 it was 12 hours and 37 minutes.

Ray corrected me and said that I was the one that knocked the two hours off.  No way.  Ray might have got me to the start line and the day was up to me, but he was there all along the way in the back of my mind during the event.  It was a joint effort.  I would have no problem in recommending Ray to anybody who is seeking out a Coach for whatever event they are planning.  My journey with my Coach Ray Boardman at Qwik Kiwi is cemented for many years to come, if not decades.  My next event has him smiling with a greater challenge for both of us.