Ray Boardman Posted on December 5, 2016
Hi Team
Apologies for the lateness of my blog, due to computer glitches (flat battery and no power source with me whilst away at the event).
Well I got underway with the 3+2+1=Charity at the IronMaori Half Ironman in Napier in the weekend.  The enclosed photo isn’t the flashest of me, due to putting on a cheeky pose for the NZ Police, but I thought I’d put it out there for a laugh.  It was taken at the start of the swim as we were waiting to be released in waves of 25.  I was at the back supporting friends doing their first event.  I had a swim wetsuit on, unlike the tough guy behind me.
The build up to this, which was hidden to a certain extent from the readers of previous blogs, involved taking care of an injury that wouldn’t come right and came under careful management from Coach Ray with the training.
Three weeks out from this first event I seriously strained my right calf, which surprised me as I have a history of straining my left calf.  Maybe I was over compensating it.  I rested it to certain degree by continuing with swim and cycle training and power-walking.
Two weeks out Coach Ray decided I should test it with a jog, but no sprint training.  Everything went well during the warm up but it strained again at the 7th minute (of the warm up).  So I had another week of frustration and resting in the same manner.  My Physio suggested walk 1 minute / run 1 minute repeating it throughout the 45 min run training activity that Coach Ray had planned.
It worked well until the 38th minute and twinged again.  Coach Ray must have been concerned every time he got a text from me, because it normally meant some more injury news.  With it restraining itself at the 38th minute on the Tuesday evening, I only had 4 days to go until I started my 3+2+1=Charity Challenge with it kicking off on Saturday morning (3 December 2016).
My Physio, Coach Ray and I decided that the swim and cycle would be no problem.  I’d wear a compression sleeve on the bike.  For the run I’d double the compression sleeve on the right calf and wear my standard one on the left calf which I always do (1 on each leg). I’d fast walk 2 of the 4 laps and switch to the 1 / 1 or Walk / Run for the last 2 laps.

However, I felt it tighten during the event, when running in my wetsuit from the swim to the bike, so I played it cautiously and power-walked the Half Marathon section.

My result was 6 hours, 33 minutes and 39 seconds overall for the 2 km swim, 90 km cycle and Half Marathon Run (walk) which includes transition times.  I was pretty happy to do a Half Marathon walking in 2:45 which incorporated the transition time from the bike to the run.
It rained throughout the night after we had racked our bikes, so I thought the event was going to be a wet one.  In the morning it was fine and overcast (perfect), with calm water, little wind for the bike. When I headed out onto the run the sun broke through and wow did I get burnt (my own fault there and I should no better).
It was great to catch up with many Army colleagues competing and supporting and to meet Qwik Kiwi’s David Livingstone.  I also spotted another Qwik Kiwi member on the cycle course or perhaps a competitor who borrowed a top, but the Qwik Kiwi flag was flying.
I rate IronMaori as one of the best events I have ever done.  Everyone is smiling and supporting each other, with their not so serious look on their faces that you see at other major events.  They all have their “give it a go” look on their faces.
Take care team, next weekend I am down to 2+2+1=Charity as I tackle the Taupo 70.3 (Half) Ironman New Zealand with the same distances.
Regards Ultra-Humps (Aka Humps, Aka John Humphries). 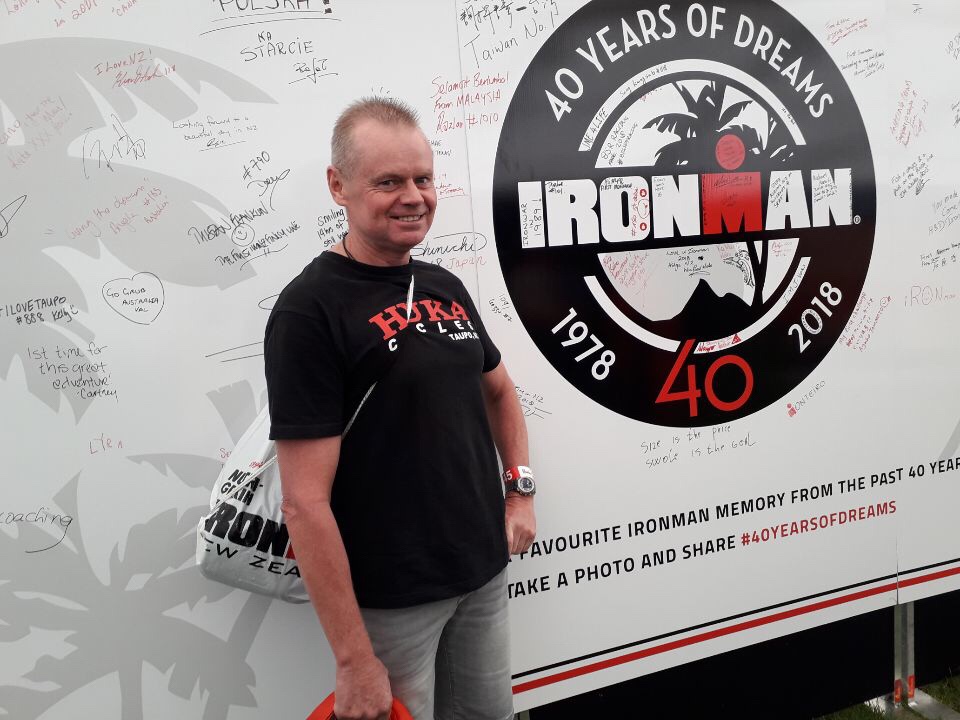 Swim practice in the Main-Donau-Canal 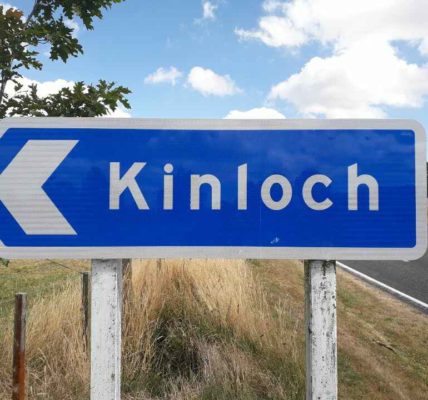