Well I am back in New Zealand after an amazing holiday in the USA with my other half, staying in the cities of New Orleans, Memphis, Las Vegas and San Francisco and also passing through Houston Airport a number of times.  Some of the blog followers whom I work with, have asked me which was my favourite part? Each city has its own atmosphere with each activity being special, so it is hard to define the best.  The best thing we did though was to continue to train whilst on holiday, as we knew once back in New Zealand it would be hard to get back into it.  So we trained daily in the hotel gym.

Well now we are back in New Zealand. Once I had the opportunity to catch up with Coach Ray, it was time to hit his training schedule.  Coach Ray had allowed me to self-train and he monitored my results on-line. Travelling so much was going to make it problematic for Coach Ray to subscribe training being unsure what resources I’d have access too.  So we very much hit the treadmills and exercycles, leaving my injured arm to rest from swimming.  What I learned though with exercise equipment like a treadmill, which is belt driven, is that it forces you to run at speed.  Once I got back to New Zealand and went on Coach Rays first road run, my legs didn’t have that speed.  I was way out of pace or out of zone. Even on the bike I was feeling a loss of fitness.

I guess the American diet didn’t help, but then I can only look at myself for that problem, although we did take the opportunity to eat entrees only or share mains due to the size of the portions.  The enclosed photo of Gordon Ramsay‘s Restaurant Burger in Las Vegas was one example of just having to try it once.  I can see Coach Ray rolling his eyes back [Ironically I had just eaten a Burger from Gone Burgers in Kaiteriteri (after a long mountain bike ride) when Humps sent the image through, so no eye rolling from this coach – Coach Ray], especially when reading I washed it down with a Peanut Butter and Banana Milkshake.  Well it was a one-off and the most expensive burger I’ve ever bought.  We generally were careful what we ate, but I did take a liking to their Root Beer which Americans love as a form of soft drink.  Now it’s time to focus on my training and training diet and get back into the correct zones and calorie intakes.

Coach Ray has seen me return to training in the past after being away for long periods at a time with work, and he has always advised I’ll pick up the pace soon enough.  His guidance and training plan always gets me there.  I guess Coach Ray knows I always fulfil his training each week which makes it easier. I’ve missed less than a dozen training sessions over the few years that Coach Ray has trained me, to avoid not only letting myself down, but also Coach Ray.

I guess the lesson learnt is, whilst the exercycles or in particularly the treadmills were a great option, particularly when battling the USA summer heat outside, if you don’t match your diet you are going to pay for it once training properly, and machine driven equipment don’t match body driven pace.

All the best team and I’ll keep you posted as I get back into Coach Ray’s training regime, progressing towards the second of eight events for the Cameron Brown Award and Iron Maori/Port of Tauranga Legend Series, being the Iron Maori Quarter Ironman in the first weekend of November (having completed the first event of the Taupo Half Marathon in August). 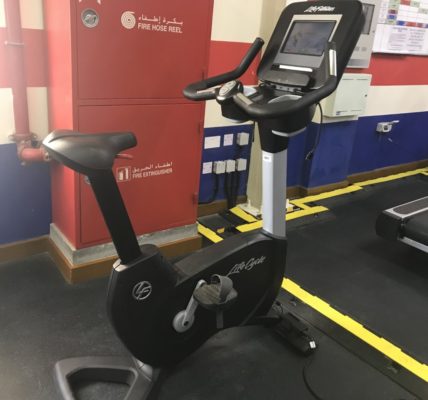