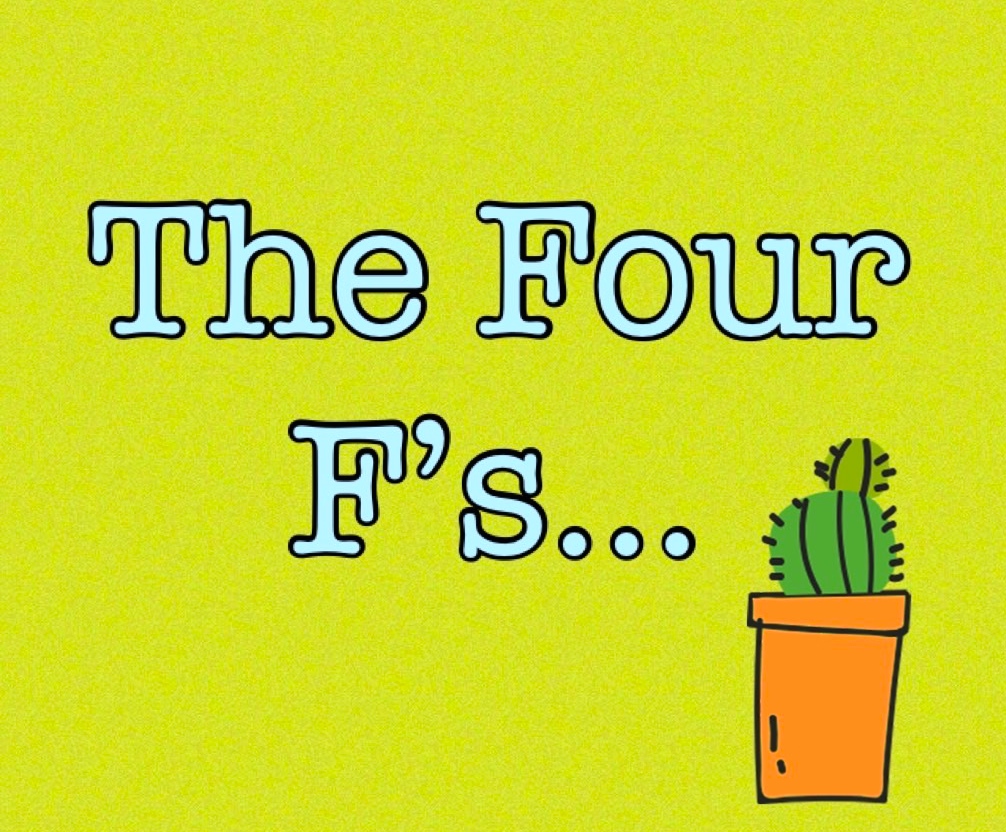 Lisa’s Journey, Week 14’s focus has been the Four F’s…

#1 – FORTUNATE: Earlier in the week Ray kindly gave up his time to travel down and hold a seminar on ‘Training for a Triathlon’. Thank you so much Ray! I know you’re super busy, but it was very informative and the feedback has been really positive! The 7 Keys to Success were again helpful and I know I had some ahh-haaa moments, some of which need to be worked on!!!

#2 – FUNERAL: Middle of the week, we farewelled a favourite Aunty. Sitting at a funeral always has a way of bringing life’s trivial complaints into perspective! Bit of time for reflection and nostalgia. And of course the common conversation was “it’s been so long since we’ve seen each other…”, and it’s true. Unfortunately life often gets busy and we don’t make the time. And, well… sometimes it’s too late! We were home very late, so no training today either!

#3 – FATIGUE: This week I’ve felt a bit flat, a bit tired, so I decided to throw a wee self-pity party. Nothing too extravagant,.  Invited a few along, Disappointment, DoubtYourself. Worry even showed up.  Thank goodness GetOverIt and PullYourselfTogether arrived. Then ThatTimeofTheMonth gate crashed and the party was over. A lack of sleep isn’t good. Some people handle it. I don’t however. I might for awhile, but I know it’ll catch me eventually (cause I’m not a fast runner) and going to back to Ray’s “7 Keys” – Quality of Sleep, is major! I’m not sure why now, I find it harder than ever to get an early night!! (maybe if I wrote my blog throughout the week and didn’t leave it until the last minute, that’d be one night a week).

I think after doing the Woodbourne 5km it made me worry a bit because I knew I could run 5km, but when I did it, it felt hard (that’s because my pace was slightly faster than my norm).  Because it felt hard, I thought how in the hell am I going to add another five kilometres on top of that. I concluded with, who was I kidding, did I really think I’d be able to run 10km and I thought no more about it this week!

So this weekend just gone was the Seddon Tussock Run. I wasn’t anywhere near as excited as I was for Woodbourne, because quite frankly I thought I’d probably struggle again (which is what I think lead me to my ‘pity party’ in the first place). So, I lined up at the start from where you run a few meters and then turn right. This actually set me in a good head space right from go, as the starter had said to the school kiddies all eager at the front, not to sprint off fast around the corner because you don’t want to be tripping up over each other.  The pace wasn’t like a sprint take off so I didn’t get caught up in it, and end up (without realising) running at a pace that got me out of breath and unable to sustain for the next 4.8kms.

If you’ve never done the Tussock Run. I would highly recommend it. Not only is it a great family event, (supporting Seddon School) it’s a really cool wee course with great views! I hope next year I’m fit enough to do the 10 or 15km as their views sounded better still. It helped that they turned the weather on for everyone! I even managed to run most of the way up the hill, which when I asked on behalf of my mother-in-law (who I think is now hooked), they said there weren’t any hills. So it was a surprise to even me, when running along the vineyard, to see people heading up the hill. I was thinking ‘bloody great, a hill, that’s all I need and the mother-in-law’s going to kill me, because I told her there wasn’t any’. But it was a great hill. I’d changed my mindset before the bottom, because I had to.  The hill wasn’t going away  and despite it’s continual gradient, we got there.

A running coach once sent me a quote – (a month ago, when in a slump)

“Running up a hill is a bitch until you adapt to the hill. Then It’s not. The hill is the same, but you are different and as a result, so is your experience. Easy or hard is about you, not the hill. Don’t wait for your hill to change. ~ Craig Harper

From that day, when I get to a rise, a hill or a steeper gradient (which some days feel like mountains) all I say is “make the hill your bitch”. You’ve just got to find things that help ‘you’ get there. However weird or silly it is, if it works, then go with it!! I certainly won’t judge.  Weird is right up my alley.

Of course, I again found inspiration at the event. They have their annual participant. A Grandad, of 80yrs, who participates in the 5km walk to support his Grandkids that attend the school. How cool is that! And no, he does not look 80!! This year he was joined by an 80yr old women, who looked equally as fit as a fiddle!  I was also impressed by the stamina of some of the wee tackers.  Their outbursts of sprinting is really hard to keep up with.  I chatted to a nice fella pushing (I’ll presume) his granddaughter in a pushchair. I think I asked if there was room for another, but he thought I might like to push it. He kept getting away on me, but I finally lost him on the hill. My other ‘target runner’ was a girl in a red top.  Being a ‘Taurus’, maybe the red was a significant colour, or maybe it was just really bright and I needed someone to try catch!  She’d been a wee way a head but noticed I was getting closer when she stopped and walked.  I thought, even though I’m running slower than a tranquillised turtle, I’m actually catching her even though she was running fast.  She had to stop and walk, so slow and steady isn’t so bad.

My goal (as it was for Woodbourne) was to be as close to 30mins as I could. I have no idea why. I just googled 5kms runs and 30 minutes was the average time, so I went with that. I passed my red top girl and pushed at the end, which I just couldn’t at Woodbourne. I was really, really happy with my effort and time.  I was in under the 40 minute mark and not all that much longer, my mother-in-law.

#4 – FOOD: Far out! I think I’ll just eat lettuce and drink water for the rest of my life! My girl wanted to donate to the Diabetes stall set up at the run, so I gave her money and while lingering, got talking to the guy.  Next minute I was filling out the test form and failing. A few marks were kindly handed down through the generations. I was stoked to be able to tick the ‘right’ box for exercise for once though. And who knew if you gave birth to a 9lb or more baby, it jumps your score up massively. Not me! Thank you son! Then I thought about #2 – F, and thought, well you need to own it. You make the choices, so I will get the bloods done and see what happens from there.

At the end of week I’d finally got back to acupuncture (oh how I miss it, when I don’t go regularly). Pie from Traditional Acupuncture, really is a master in her work and deserves recognition. My knees are always on the list, so she said she/we would put in some wee tiny needles (I can’t remember their actual name), that can stay in. So, she showed me the ‘cows nose’.  I wasn’t about to question the name, but two points are found either side of the bottom of the knee and one at the top. I’m not a fan of needles. I don’t mind Pie sticking them in me, but I am not keen on doing it to myself.  The needle of the ‘stay in ones’ are like a mil long. They’re tiny, but still!  Anyway, I got a set in my knee. On returning from the run on Sunday, I couldn’t work out what it was, until I was driving home, and it dawned on me that I had run a race with no knee pain. A coincidence? Maybe not.

Whale Run is only 12 days away. I’m actually trying to not think about the distance as it’s quite off putting. Everyone supporting me says I can do it. I need to to just keep telling myself, I CAN!

Lisa will be writing weekly as she continues her journey to achieving her goal of completing the 10km Kaikoura Whale Run. Check in next Tuesday for her next article.

Lisa’s Journey, Week 13: Don’t be in a rush to get to the destination. Just enjoy the journey.

Lisa has worked hard over the last four weeks building her training sessions up from a walk with a bit of running…through to running with a bit of walk and now 4km of non-stop running following the programme below. 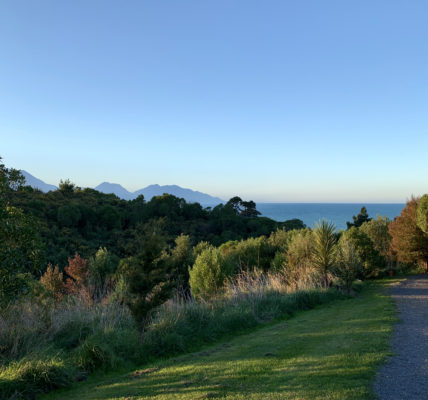 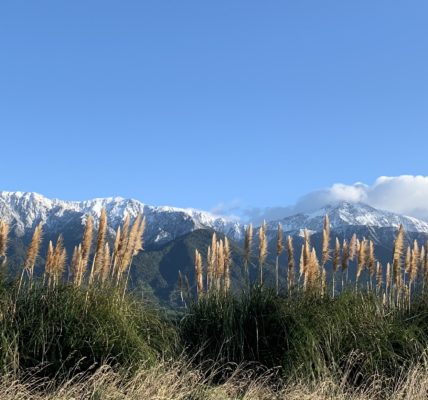 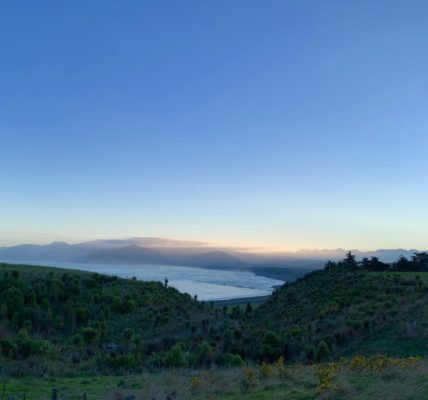